Dissociative identity disorder (DID) is an uncommon condition in which an individual possesses two or more distinct personalities. Each of them has its own memories and set of emotions. DID often exists as a coping mechanism, often stemming from deeper individual issues.

As a little-understood disorder, society has taken its cues from popular literature and media for its knowledge. Many even question if DID is real due to the elaborate portrayal by the media. The lack of correct information leads to a lot of confusion around this particular disorder.

One of the main places that people have taken their cues is from certain books. A popular book called “Sybil” was published in 1973 and took the world by storm as a true story of a woman with sixteen separate personalities. It was considered a door opening to this strange and disturbing disorder when it was published. There were multiple movies made from the novel, the most well-known starring Sally Fields.

The problem was that years later, the woman it was based on admitted it was fabricated. That meant that not only had people been taken in by a charade, but its inaccuracies influenced millions of people’s beliefs.

Another book that made its way into the misconceptions of DID was “Strange Case of Dr. Jekyll and Mr. Hyde” by Robert Louis Stevenson, published in 1886. Though this was a horror story, many people point to it as a seminal work about someone with multiple personalities. It also brings about another misconception which is that an alternate personality is often bad or evil.

While literature has entertained and informed people for years, in the past few decades, the new language is visual media. Movies are notorious for getting things wrong about DID. Two of the most famous are Psycho (1960) and Split (2016).

These two films portray dissociative identity disorder as violent and scary. They show people with DID as having alters personalities with no regard for others. These alters are in place to kill or hurt others. Often, portrayals only serve to misinform people on a large scale. Their popularity shows that the general public wants people sensationalized without regard for real-world implications for those with these conditions.

What We Know About Dissociative Identity Disorder

People often ask is DID real or is it a fabrication by the media. According to the The Diagnostic and Statistical Manual of Mental Disorders (DSM-5), DID is a real disorder that individuals experience. There is still research being conducted into the overall effects of DID and how it should be treated, but according to medical professionals DID is very real.

The question remains, how is DID diagnosed? It is important to identify what we do know:

Though DID cannot be cured, it can be dealt with through intensive and regular therapy. For a person living with DID, it can be life-changing to have someone acknowledge the validity of what they are experiencing. It can also help people to deal with specific personal aspects and causes of their disorder.

When a person undergoes cognitive-behavioral therapy (CBT), they are dealing primarily with feelings of anxiety and depression. Under this treatment, they can address these issues and how they are being affected by them.

People with DID may find that they require the support of their families. With this type of therapy, young people can express themselves in a safe environment. Parents are also given time to ask questions and learn about how to help ease the pain and stress of the disorder.

Though no specific medication exists for DID, there are medications that can be prescribed to assist with anxiety and depression that may set off a DID episode. This method of treatment should not be used alone. It should be utilized in association with the other two types of therapy.

DID Treatment at The Phoenix Recovery Center and Dissociative Identity Disorder

At The Phoenix Recovery Center, we understand that DID is a real disorder that requires real help. Our trained staff understands that each person who comes to us for assistance has their own needs. That is why when you come to us, we will first conduct a full assessment to make sure you are properly diagnosed. This diagnosis will lead to placement with medical professionals that you can connect with and feel comfortable around.

For people with dissociative identity disorder, the stigma that comes with it can be hard to bear. They may find themselves shunned for being weird and by the people they care about most. The Phoenix Recovery Center understands all mental health conditions and is designed to provide treatment and support to help individuals successfully manage DID. To learn more, contact us today at (801) 438-3185. 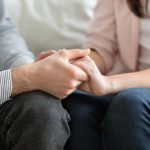