For those unaware of mental health diagnoses, the conditions of bipolar disorder and borderline personality disorder (BPD) are often used interchangeably. This is understandable for those uninformed, but when one of these disorders is either self-misdiagnosed or professionally misdiagnosed, there can be significant consequences.

For the best treatment and recovery, a proper diagnosis of bipolar disorder or borderline personality disorder must take place. Here at The Phoenix Recovery Center, we not only understand this crucial distinction, but we also have the individualized, evidence-based approach to treat either illness once a responsible and professional assessment and diagnosis has occurred.

What Exactly Is Bipolar Disorder?

Before we get into the critical distinctions between bipolar disorder and borderline personality disorder, let us first gain a strong understanding of what each illness is.

According to the National Institute of Mental Health, “Bipolar disorder (formerly called manic-depressive illness or manic depression) is a mental illness that causes unusual shifts in mood, energy, activity levels, concentration, and the ability to carry out day-to-day tasks.” However, it should also be noted that bipolar disorder is not a unified diagnosis.

It is but an umbrella term for three types of bipolar disorder.

Cyclothymic disorder (also called cyclothymia) has both hypomanic and depressive episodes. Yet, they do not qualify as bipolar I or II because they are not as severe and do not fit the duration requirement.

What Exactly Is Borderline Personality Disorder?

Now that we have a foundational understanding of bipolar disorder, let us get better acquainted with borderline personality disorder.

The National Institute of Mental Health defines borderline personality disorder as “a mental illness that severely impacts a person’s ability to regulate their emotions. This loss of emotional control can increase impulsivity, affect how a person feels about themselves, and negatively impact their relationships with others.”

One of the primary definers of BPD is that the individual tends to act recklessly or irrationally. They often experience an unhealthy, low level of self-esteem and experience relatively dramatic mood swings.

Now, with a better understanding of the foundation of these two disorders, let us differentiate them via their symptoms. This symptom comparison should better elucidate why thinking of these disorders interchangeably is both ill-advised and potentially dangerous.

Correcting the Confusion Between Bipolar Disorder and Borderline Personality Disorder

One of the reasons that bipolar disorder and borderline personality disorder get confused is that they sound alike. It is not something we are going to focus on here, but it is the nature of similar-sounding medical conditions. Don’t believe it? Think of the interchangeable use of “cardiac arrest” and ”heart attack,” “stroke” versus “aneurysm,” and “drug misuse” and “drug abuse.” All very different conditions, but often misused. It’s no one’s fault, but it is a reality. Below, we’ll dive into the symptoms of each disorder to help you understand the differences between them.

Here are some of the symptoms associated with bipolar disorder on the manic side:

Now, these are some of the symptoms of the depressive side of the disorder:

Note that these are but a few of the symptoms of bipolar disorder.

Now let us compare the symptoms of bipolar disorder to those of borderline personality disorder. The symptoms of BPD may include:

While these are not all of the symptoms of either disorder, you can begin to see that there is very little Venn diagrammatic crossover between the two disorders. Thus, they should neither be lumped in with one another nor misdiagnosed as one another.

While it is important to distinguish bipolar disorder and BPD, what is more important is that those affected by them get the proper care they need. Receiving Proper Care for Bipolar Disorder or Borderline Personality Disorder CTA

At The Phoenix Recovery Center, we understand that there can be confusion when it comes to various diagnoses in the mental health field. When a patient first arrives at the Phoenix, we conduct a thorough professional analysis to make sure they have received a proper diagnosis. Our center also aims not only to help our clients to recover but to help the entire family understand the process from start to finish, including specific diagnosis information. Whether bipolar disorder or borderline personality disorder, we have the individualized approach, tools, and resources to help you or a family member mitigate the symptoms. While there is no guaranteed cure for these disorders, there is a way to live a full, healthy, and well-balanced life after treatment. We are here to help. For more information, call The Phoenix Recovery Center today at (801) 438-3185. 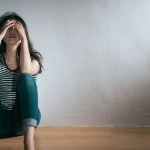 How is DID Diagnosed?Blog, Mental Health 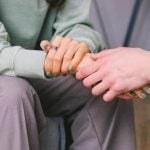 Borderline Personality Disorder (BPD) Symptoms and TreatmentBlog, Mental Health
We use cookies to ensure that we give you the best experience on our website. If you continue to use this site we will assume that you are happy with it.Ok