Signs and Symptoms of Meth Use

Methamphetamine is a Schedule II substance under the Controlled Substances Act. As a highly addictive stimulant drug, meth may appear as an easily dissolvable white powder or a crystalline rock (the term “crystal meth” comes from this appearance). Targeting the central nervous system, using meth triggers the release of dopamine, norepinephrine and serotonin in your brain, and prevents the reuptake (reabsorption and regulation) of these neurotransmitters. This results in a very strong and addictive euphoria, or “high.” Meth users may smoke meth with a pipe, spoon, or carefully cracked light bulb. Other common methods of using meth include snorting it as a powder, dissolving the powdered meth in water and injecting it, or taking it in pill form. Some common street names for methamphetamine include speed, ice, tweak, glass, crystal, chalk, crank, or tina. Keep reading for more information about the serious and life-threatening signs and symptoms of meth use.

The Dangers of Using Meth

Meth is an incredibly dangerous drug, in part due to the nature of its “high.” Although the effects of the drug are long lasting, many addicts use meth multiple times in one setting, often referred to as a meth “binge.” The neurotransmitters released when one uses methamphetamine are the same neurotransmitters responsible for sleep, memory, hunger, and regulating mood and bodily functions. Using methamphetamine is incredibly dangerous because it can result in the permanent or semi-permanent disruption of the regulation of these chemicals. This can have life-long mental and physical health effects.

Because methamphetamine is illegal and most meth used in the US is produced outside of the country without any regulations, production includes a plethora of other extremely harmful chemicals. Some chemicals used to produce meth include acetone, hydrochloric acid, and anhydrous ammonia. Using meth means that the user can never be exactly sure of what other substances they’re getting in this drug – also, consider the dangers of “fake meth.” Users believe that they know exactly what they’re getting when they obtain this drug, but sometimes meth may be cut (mixed) with other substances, like fentanyl.

What’s the difference between Methamphetamine and Amphetamines?

Both amphetamines and methamphetamine are stimulant drugs. Meth was first synthesized from amphetamines in 1893. Meth and amphetamines have very similar chemical structures. Amphetamines can be prescribed for diagnoses such as attention deficit hyperactivity disorder (ADHD) or narcolepsy, an extreme tendency to fall asleep unexpectedly. While amphetamines are legal with a prescription and under a doctor’s supervision, they also have a high potential for abuse.

Physical Symptoms of Meth Use

Some signs of meth use are more noticeable than others, and these signs may be visible through changes in physical appearance, behavior, and mood. Meth users often have problems managing money, maintaining employment, or staying in school. Legal or relationship troubles may also come as a result of meth use, and of course, health problems. “Tweaking” is a distinct, common symptom of meth use which can be quite frightening and even dangerous for those around the meth user. Tweaking can appear similar to psychosis, and can occur both when coming down from a binge, or in the middle of one. It may involve hallucinations, body shakes, or rapid eye movements. During this episode, tweakers may hurt themselves or those around them, and often start tasks without finishing them. The signs of tweaking may not always be obvious to the meth user due to other depressant substances used to counteract some of meth’s unpleasant effects.

Some changes in meth users’ physical appearance can be drastic. These changes may include

Behavioral and mood changes of meth addicts may involve

How can I bring up potential meth addiction with my loved one?

Noticing signs of meth usage in a loved one? This can be a frightening feeling, but reaching out is essential to help this person get the medical guidance they may need. Gently express your concern for them and show your support in helping them seek professional assistance. If you are uncomfortable addressing your loved one’s drug usage, get an interventionist on board to help. Phoenix Recovery Center is here to help your loved one recover and take their life back.

Meth paraphernalia can be a telltale sign of methamphetamine addiction. Meth pipes, carefully broken light bulbs, and spoons (used to heat the drug and smoke its vapors) are all examples of common paraphernalia. If you believe you recognize the signs of a meth lab, such as amber staining, a strong unusual smell of urine, ether or ammonia, antifreeze or drain cleaner containers, or blacked out windows, exit the premises immediately and wash your hands, face, and clothing thoroughly. Call your DEA district office or police.

A key component of methamphetamine addiction recovery is detoxification, usually with the help of anti-addiction medications such as bupropion and naltrexone. Counseling and therapy are also critical in order to address the psychological damage done by the drug, as well as to prevent the patient’s relapse and future use of meth and other drugs. Meth is one of the most difficult drugs to recover from, and the assistance of a medical professional is crucial to recovery. Those who attempt to recover from methamphetamine by themselves are rarely able to make a lasting change. According to recent research, meth addicts who have abstained from using the drug for at least nine months fully recovered from the damage done to their dopamine transporters. However, their memory and motor skills had not healed over the course of their nine months of abstinence. 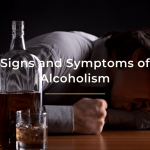 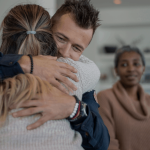 Returning Home After RehabBlog, Drug Addiction
We use cookies to ensure that we give you the best experience on our website. If you continue to use this site we will assume that you are happy with it.Ok