Reducing the Stigma of Schizophrenia

People with schizophrenia are often viewed in a negative light, and this can lead to discrimination. Discrimination may be direct, such as someone making a negative remark about your mental illness or treatment. Discrimination can also be subtle, such as someone avoiding you because they assume you could be unstable, violent, or dangerous. The stigma around schizophrenia can make it difficult for people to seek help, as they may worry about being judged or misunderstood.

The stigma around health is an issue that has plagued societies around the globe for centuries. Unfortunately, for far too long, mental illness has been demonized, pathologized, and treated as a moral failing.

The history of mental illness is rife with myths and misconceptions that have led to some genuinely inhumane practices masquerading as treatment. From Neolithic times when trephining — chipping a hole in someone’s skull to release the evil spirits — was considered a legitimate medical procedure to the shameful use of lobotomies and electroconvulsive therapy in the 20th century, many of the treatments for mental illness have been more damaging than the illness itself.

These views can lead to self-stigma, as people internalize these negative messages and believe these untruths about themselves. Negative stigma can have a number of harmful effects, including fewer opportunities in life. People with mental illness are less likely to get jobs, find housing, or have access to quality healthcare.

The review found that all three types of stigmas can lead to social exclusion and barriers to care. People with mental illness are less likely to seek treatment if they believe that they will be stigmatized.

The stigma around mental illness coupled with the stigma around substance use disorders (SUDs) can be especially alienating to those with a dual diagnosis. The way these issues are discussed can impact the likelihood that people with schizophrenia and SUDs will feel comfortable seeking the help that they need. Research indicates that negative attitudes toward those perceived to be living with a mental illness or SUD can contribute to poorer overall health outcomes for the people perceived to be living with a mental illness. Consequently, prejudice against people living with schizophrenia or a SUD has been identified as a critical focus for research and interventions.

One of the most important things we can do to reduce stigma is to be mindful of our language when talking about mental illness and addiction. For example, using terms like “crazy” or “junkie” to describe someone with a mental illness or addiction can reinforce negative stereotypes and make it less likely that people will seek help. These labels are associated with negative stereotypes that can make people feel ashamed or embarrassed.

It is essential to use language that does not label people with derogatory terms. Healthcare providers can play a role in this by using thoughtful language when discussing mental health. We need to use respectful, person-centered language that acknowledges the challenges faced by those with mental illness. We can help create a more supportive and inclusive society for all by doing so.

At The Phoenix Recovery Center, our treatment for schizophrenia includes medication and behavioral therapy. We offer services on a residential or outpatient basis. Call today for more information at (801) 438-3185. 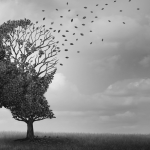 The Difference Between Schizophrenia vs Schizotypal Personality DisorderBlog, Mental Health 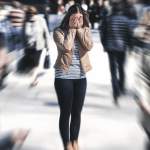