Getting High in the Beehive State: The Rapid Rise of Drug Abuse in Utah

Utah, with its scenic national parks, world-class ski resorts, and family-friendly culture, boasts one of the healthiest economies in the U.S. But beneath the “Beehive State’s” image of wholesomeness and prosperity, lies a darker side, a shadowy realm of rampant drug abuse that is quickly coming to light.

On a recent segment of the new documentary TV series, “This is Life with Lisa Ling”, CNN tackled a delicate topic, the destruction of lives brought on by the escalating use and abuse of prescription painkillers—primarily among Utah’s large Mormon population.

“More people are dying from pill overdoses in Utah than almost any other state in the U.S.” host Lisa Ling tells viewers as the show unfolds. The next hour is filled with heartfelt stories of people and families whose lives have been forever altered by a pill addiction that, as one person interviewed puts it, “…we don’t talk about.”

Although drug addiction in Utah is new to the media spotlight, the problem has persisted for quite some time—both in an out of the Mormon community.

Recent statistics cited in the report: Prescription Drug Abuse: Strategies to Stop the Epidemic—a report put forth by Trust for America’s Health (TFAH), with the assistance of a number of public health, clinical, law enforcement and community organization experts,
http://healthyamericans.org/reports/drugabuse2013/release.php?stateid=UT
provide compelling evidence that Utah’s drug problem is spreading rapidly.

What follows are two of the report’s most disturbing statistics:

1. Utah has the eighth highest drug overdose mortality rate in the United States, with 16.9 per 100,000 people suffering drug overdose fatalities.

Click Image to Tweet!
Like other states with high rates of drug abuse, the overprescribing of pain medications in Utah—particularly powerful opiates like Oxycontin—has put dangerous, highly addictive drugs in medicine cabinets, making them readily available to friends and family members who would not otherwise have access to them. As a result of this ease of access, the TFAH report states that deaths in the U.S. due to prescription drug abuse now outnumber deaths from heroine and cocaine combined. And Utah drug deaths mirror those statistics. While the annual costs to Utah from the misuse and abuse of prescription painkillers have not been clearly stated by government agencies, the TFAH report estimates the annual national price tag for lost productivity, medical costs, and criminal justice costs associated with prescription drug misuse at $53.4 billion. The report also states that only 1 in 10 Americans with a substance abuse disorder receives treatment.

According to Jeffrey Levi, PHD, executive director of TFAH, “Prescription drugs can be a miracle for many, but misuse can have dire consequences. The rapid rise of abuse requires nothing short of a full-scale response – starting with prevention and education all the way through to expanding and modernizing treatment.” On a hopeful note, Dr. Levi added that, “There are many promising signs that we can turn this around – but it requires urgent action.”

As far as treatment is concerned, Utah has responded to the drug abuse epidemic with a number of Utah rehab centers addressing both outpatient drug rehab and inpatient drug rehab. The state has also made strides to curb prescription drug abuse by putting the following national recommendations in play:

1. A Prescription Drug Monitoring Program (PDMP) – Utah is one out of 49 states that have an active program in place. However, as yet Utah has not made the PDMP mandatory for prescribers. So far, only 16 states have done so.
2. Doctor Shopping Laws – Along with the other 49 states, Utah has enacted a law specifying that patients must disclose information about prior prescriptions obtained from healthcare providers. This discourages patients from “shopping” for other doctors to write them duplicate prescriptions for highly addictive and dangerous drugs, such as opiate painkillers.
3. Prescriber Education – In line with 21 other states, Utah requires or recommends that prescribers of dangerous drugs receive education in order to prescribe such drugs more responsibly.
4. Physical Exam Requirement – Currently, 44 states require healthcare providers to conduct a physical exam or have a legitimate doctor-patient relationship before prescribing a controlled substance.
5. ID Requirement – In Utah, pharmacists must require patients or appropriate caregivers to produce an ID, such as a driver’s license, prior to dispensing a controlled substance. Thirty-one other states have the same requirement in force.
6. Lock-In Programs – Like 45 other states, and Washington D.C., Utah has a “Lock-in” program under the state’s Medicaid plan requiring individuals suspected of misusing controlled substances to use a single prescriber and pharmacy.

While these 6 precautions are designed to curtail prescription drug abuse, Utah has failed to implement other national recommendations including, Support for Substance Abuse Treatment Services; Good Samaritan Laws designed to mitigate legal action against those who dial 911 to summon help to treat themselves or others at the scene of an overdose; Rescue Drug Laws allowing Utah citizens, i.e., parents of at-risk children, to access and use the prescription drug Naloxone to help counteract an opiate overdose.

Clearly for the “Beehive State”, prescription drug abuse presents a formidable challenge. But as programs such as the CNN documentary, and reports from other media sources bring those problems into the open, hopefully Utah will move from denial to admitting that it does in fact have a serious drug problem, which for states and individuals alike, is an important first step toward rehabilitation. 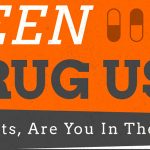 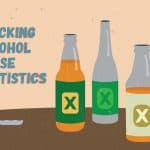 5 Shocking Alcohol Abuse StatisticsBlog
We use cookies to ensure that we give you the best experience on our website. If you continue to use this site we will assume that you are happy with it.Ok