According to a study reported in the journal StatPearls, it “estimated the prevalence of borderline personality disorder in the general population at 1.6% with a lifetime prevalence of 5.9%.” Now, while those statistics may seem minimal to some, if you consider that there are 332 million people in the United States, that is over 5.3 million people. As you can see, borderline personality disorder (BPD) may not be the most recognized mental health disorder, but it does have an adverse effect on millions of people daily.

According to the U.S. Department of Health and Human Services, “Borderline personality disorder (BPD) is a mental health condition in which a person has long-term patterns of unstable or turbulent emotions.” These inner experiences often result in impulsive actions and chaotic relationships with other people. The ”impulsivity” mentioned is one of the most prominent aspects of BPD.

While there is no agreed-upon specific cause of BPD, many people in the mental health field believe that BPD can arise out of experiences of severe trauma. These traumas may be related to childhood abandonment issues or physical or sexual abuse. Another interesting statistic is that BPD appears to have greater prevalence in the female community, often affecting women at a 3:1 ratio.

While there may not be a concrete cause for borderline personality disorder, there is an agreed-upon list of symptoms that can be used for accurate assessment and diagnosis. While you should never diagnose a mental health disorder without professional help, here are some of the symptoms to be aware of. Someone struggling with BPD can display a number of signs, including:

As you can see, the symptoms of BPD can be severe and most certainly intrusive on living a healthy day-to-day life. This is why getting treatment as soon as symptoms appear can be crucial.

While there is no uniform treatment program for BPD, there are some evidence-based treatments that have been shown to be more effective than others. Generally, the basis for the treatment of BPD lies in the pharmacological and psychotherapeutic modalities of mental health services.

One evidence-based therapy that has been shown effective in treating BPD is cognitive-behavioral therapy (CBT). CBT has been shown to help those struggling with BPD better understand the root causes of where their disruptive thoughts and negative emotions are arising. Once these root causes are identified, then the ability to change the behaviors associated with them becomes more possible.

Other forms of therapy that have shown high rates of efficacy are psychotherapy — also known as traditional talk therapy — as well as group therapy. These methods can help uncover dormant trauma as well as create reliability within a community of individuals experiencing the same struggles with borderline personality disorder.

Ultimately, it is also important to remember that BPD exists on a scale of severity, and for those high on the scale, hospitalization may be necessary.

How The Phoenix Recovery Center Can Help

Here at The Phoenix Recovery Center, we take treatment and mental health recovery very seriously. That is why we only use evidence-based treatment modalities and create individualized plans for all of our clients.

Yes, BPD can be disruptive, but it doesn’t have to be devastating. There are solutions out there, and as one of Utah’s premier recovery centers, we can help.

BPD is often a roadblock that stops many people from fulfilling their fullest life’s journey. We have the professional staff, tools, and resources to help those struggling with BPD get past that roadblock and onto the path to recovery.

If you are struggling with your mental health, including borderline personality disorder, we can help you recover. To get started, call The Phoenix Recovery Center today at (801) 438-3185. 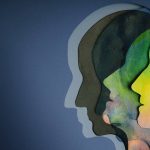 The Difference Between Bipolar and Borderline Personality DisorderBlog, Mental Health

Dissociation and Borderline Personality Disorder (BPD)Blog, Mental Health
We use cookies to ensure that we give you the best experience on our website. If you continue to use this site we will assume that you are happy with it.Ok