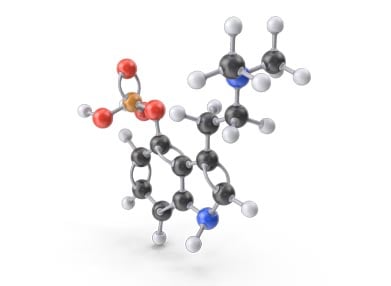 Often referred to as shrooms or magic mushrooms, these mushrooms contain a hallucinogenic called psilocybin. Psilocybin mushrooms have been illegal since the 1970s when recreational use became popular. Most users take psilocybin seeking a euphoric sensation that it can sometimes induce. It is typically eaten dried or fresh, but it is also common to put it in tea. Some users will bake it into other foods. Depending on the amount of mushroom consumed, it can take 30 minutes to a few hours before the hallucinogenic takes effect. The immediate effects of the chemical generally lasts three to six hours, but in certain cases, effects can continue for up to three days. The drug’s potential euphoric sensation and relaxing possibility often cause individuals to misuse psilocybin mushrooms.

The addictive effects of psilocybin are often underestimated because it is not considered a physically addictive substance. Since it is easy to build a tolerance to the drug, frequent users require large doses to have any effect. This typically discourages addictive use. However, a shroom addict can become psychologically dependent on the drug, which can give users similar destructive behavior to a physical addiction. Many users will also combine psilocybin use with other drugs, such as LSD, leading to further psychological dependency.

The United States Drug Enforcement Administration recognizes psilocybin as a Schedule I controlled substance. Substances in this category are considered to have “no currently accepted medical use and a high potential for abuse.” Heroin and LSD are examples of other Schedule I drugs.

The experiences while on the drug, also known as shroom trips, are unpredictable. Users often experience both good and bad trips. Users typically seek the more pleasant symptoms associated with the drug:

Luckily, the drug’s negative side effects are not as life-threatening as others. However, it is common to experience these negative and distressing effects of psilocybin:

In addition to these common side effects, there are occasionally more drastic effects. Some users have reported feeling pain while hallucinating or acting out violently. There can also be negative, long-term damage from mushrooms. Users can experience traumatic and disturbing hallucinations that can cause paranoia for the rest of their lives. Some users also continue to experience psychosis years after using psilocybin. After significant use over a longer period of time, users can have flashbacks to hallucinations. Additional research also suggests that the hallucinogenic can alter a user’s personality even after just one use.

Many of these effects are serious and distressing. But it can be easier to stop psilocybin use compared to other drugs. Since the body doesn’t become physically dependent on the drug, it is safe for a user to immediately stop consuming mushrooms. Users may go through a period similar to withdrawal. They may struggle to cope with reality while their brain recovers from the altered reality they’ve been experiencing on psilocybin. It’s also common to feel exhaustion and irritability.

What Does Mushroom Addiction Recovery Look Like at PRC?

The Phoenix Recovery Center offers therapy, rehab, and treatment for those who struggle with psilocybin mushroom abuse. If the situation is serious, the patient can use our Inpatient Residential Program, Partial Hospitalization Program (PHP) Day Program or Intensive Outpatient Program (IOP). For less severe cases, we also offer our General Outpatient Program (GOP).

The Phoenix Recovery Center is driven by this guiding mission statement: “Empowering individuals and families suffering from addiction and mental health disorders to celebrate life through lasting solutions.”

The Phoenix Recovery Center carefully tailors our addiction treatment programs and bases them in research. We make every effort to support the treatment outcomes that prepare patients and their families to manage addiction or other mental health disorders and reclaim a meaningful life. Our purpose is to equip those we help to overcome drug abuse with knowledge and applied behaviors that they need to continue on to success, even after they’ve completed our treatment program.

If you or a loved one is suffering from an addiction