For less than two percent of the global population, trauma has such overwhelming effects that their minds need to find ways to help them cope. Individuals who have experienced trauma are at a higher risk of developing a mental health disorder such as dissociative identity disorder (DID)., DID presents as a single person with more than two personalities existing concurrently. Alternate personalities usually form as a coping mechanism and a way for the individual to protect themselves from further harm.

The root cause of DID is most often severe childhood trauma that was prolonged through lack of outlets, unresolved issues, or self-harm. There are a number of pieces to childhood trauma. One of the main things to remember is not only where it comes from but how it can grow and change over time.

DID has its roots early in a person’s childhood and most likely comes from severe physical, emotional, or sexual trauma. For some people, it can be a combination of all three. Many people are unable to deal with this trauma, leading to internalization. When a formerly trusted person is involved and stays in their lives, the trauma is compounded and may send the individual deeper into themselves.

A child with no outlets or support has no alternative but to sink into their personality in a way that involves altering basic brain chemistry. DID has been proven to be a very real way of dealing with trauma. However, if it begins to appear at a young age, authority figures such as parents and educators may believe the child is acting out.

When trauma remains unresolved and is knowingly or unknowingly stigmatized and punished, a child finds themselves completely alone. For people that do care about them and do not realize the child’s situation until much later, the guilt can be overwhelming.

However, the longer a person waits, or is forced to wait, to receive treatment, the more entrenched these issues become. When it gets to the point of bursting, it may already feel as if it is too late. Should a person with DID reach this point, they may begin self-harming.

This behavior exists as a way for a person to externalize their pain and distract from their internal struggle. Nearly 86% of people with DID admit to some form of self-harm. This may happen in their primary or alter personalities. It is a coping mechanism that may end up being the way in which people realize their loved one needs help. The Phoenix Recovery Center recognizes these facts and is prepared to help.

When a person develops DID, their mind develops what is referred to as “alters.” These alters will have separate personalities, emotions, and ways of dealing with the world. They each exist to protect the individual from further traumatic situations. These alters may even be averse to treatment as they are aware that they will be asked to confront their childhood issues. This aversion is a defense mechanism that will need to be worked on by a medical professional.

During treatment, individuals — and their alters — will begin to realize what kinds of situations set them off. The medical professional will slowly learn how to deal with the alters whose presence is meant to. In some cases, this may feel like a version of group therapy. Each alter will slowly be shown why they can and should allow the primary room to heal.

It is important for people to realize that DID is incurable. People will have it for their entire lives. However, as they make their way through the treatment process and identify triggers, they may find themselves requiring their alters less and less. Triggers always exist, whether they be people or situations. This means that people will need to be vigilant and aware of their situation. When they have episodes, it is important that they speak with their medical professional. Professionals can then speak with the primary and possibly an alter to decipher what may have triggered the situation.

Changes between alters are often instantaneous and may be jarring for those who do not understand them. People with DID may experience time jumps, reports of their own strange behavior, and other indications that something is different. These pieces will begin to come together and develop during a DID diagnosis. Often, the best way to reach this diagnosis is through full assessment through the partial hospitalization program (PHP) at The Phoenix Recovery Center.

How Is DID diagnosed at The Phoenix Recovery Center?

The Phoenix Recovery Center, is well-equipped to help people deal with dissociative identity disorder through five different types of treatment, including:

Each of these types of therapy serves its own purpose, but together, they create a program to assist people with DID in coming to terms with their condition. The Phoenix Recovery Center is prepared to offer an individualized care plan for people with DID and their families. When you trust yourself with The Phoenix Recovery Center, you put yourself in good hands. To learn more, call (801) 438-3185.

causes of DID, disorder, how does DID develop, what causes DID, what causes dissociative identity
Recent Posts
Categories
Archives 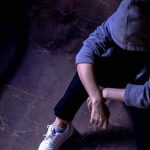 The Dangers of Treating Half of a Dual DiagnosisBlog, Drug Addiction, Mental Health 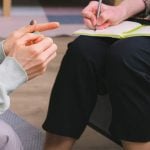