The causes of trauma are often rooted in childhood. Whether through verbal or physical abuse, the ongoing results of this abuse reverberate throughout a person’s life. A number of cases show that often, these early traumatic experiences get boxed up and go unacknowledged for years. When this happens, there is an imminent danger that the underlying traumathey will eventually spill out and cause even more harm than if they were dealt with early on.

One of the reasons childhood trauma and abuse does not get acknowledged in a timely fashion is that the individual has turned to substance abuse as a way of dulling their pain. If an individual has been numbing the pain for long enough, they do not feel a pressing need to deal with their issues, leaving them even more vulnerable than before.

There is a stigma associated with those who abuse substances. The most common misconception is that a person struggling with addiction is being selfish and hurting those around them without regard. The truth is that many are actually addicted to substances with the only real purpose of dulling pain and blocking out trauma. Whether recent or ongoing, it often stems from childhood.

Consider someone who was the victim of physical abuse at a young age. That person will often attempt to hide due to the perceived notion that others will shame them. Young people believe their abusers when they tell them that they will get in trouble for speaking up. These children do not go to therapy and often develop a severe mistrust of adults.

There is a tendency for those who have experienced early childhood trauma to begin experimenting with illicit substances. This may serve as the teenage equivalent of telling someone off. They are going through the horrors of puberty and an emotional rollercoaster while simultaneously dealing with their trauma. Often this creates a perfect storm of acting out. Since few people know the trauma they have gone through, their behavior is punished. This leads to more distrust of authority figures and further reliance on substances.

These kids have so many things going on in their lives and are at a point where everything they do is being scrutinized. Under this kind of constant analysis, there are two modes of thinking:

Oftentimes, these two ways of thinking run parallel to one another and cause the teen to find themself even more confused. That is just another reason to turn to substances. The ability to dull pain and do it in a way that may be considered “cool” by others of the same age may lessen the stigma. However, as these teenagers get older, they will find that what was a way of dulling the pain has become the very thing stopping them from living a healthy, well-adjusted life.

Those who begin using substances on a regular basis during their teenage years have a higher prevalence of continuing it into adulthood. One reason is availability. If someone begins drinking alcohol as a teenager, it will be quite a bit easier to obtain it once they have reached legal age.

Another problem that people will run into is how this long-held addiction affects some of the most basic parts of their lives. These can include:

There are other factors that may come into play, and as they age, life may become even more complicated. As childhood substance abusers enter adulthood, they have collected mental boxes containing everything that has negatively affected them throughout their lives. At some point, they will experience some type of trauma — large or small — that will bring the boxes crashing down and force them to confront all the trauma at once. When this happens, it can be a terrible wake-up call for both them and those around them.

Detox, Rehab, and the Role of Therapy

The first step to recovery is the process called detoxification. This process will clear your system of toxins and addictive substances and allow you to approach your problems substance free. Following that, there may be a prolonged inpatient rehabilitation process where you will begin to confront the roots of your addictions. This will often come in the form of both individual and group therapy.

It should be obvious that for those who have never been to therapy, it will be hard to start talking about their problems. However, it can be comforting to meet others who have gone through the same traumatic events. Continued therapy will allow you to slowly learn that what you went through was not your fault and that there are healthy alternatives to deal with your trauma going forward.

Get Help at The Phoenix Recovery Center

The fact that so many children go through some form of trauma shows the epidemic of pain that exists. Many of these children will turn to substance abuse as early as their teen years in an effort to cope. Often, this substance abuse will continue in some form into adulthood. When this happens, people may not have dealt with their trauma in any meaningful way as the substance abuse has done the job of suppressing the memories. The problem is that their substance abuse has now taken over their lives, and their traumas have been left boxed up and ignored. Finding the root and dealing with it, though difficult, can help you escape the clutches of substance abuse. One of the best ways is to take part in both individual and group therapy. Learn more by contacting The Phoenix Recovery Center at (801) 438-3185. 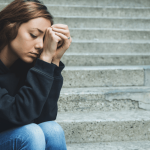 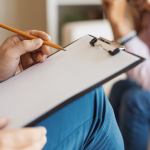 The Correlation Between Depression, Anxiety, and Substance AbuseBlog, Drug Addiction, Mental Health
We use cookies to ensure that we give you the best experience on our website. If you continue to use this site we will assume that you are happy with it.Ok