While the symptoms of the two disorders may overlap, the key difference lies in the severity and frequency of the episodes.

Schizophrenia is a severe thought disorder that affects how one thinks and feels. Often, people suffering from this disorder will hear voices or see things that aren’t there. Their thoughts can become so disordered that they engage in suspiciousness and paranoia toward others.

Schizophrenia symptoms may include a range of cognition (thinking), behavior, and emotional problems. Under the Diagnostic and Statistical Manual of Mental Disorders (DSM-5), a person may be diagnosed with schizophrenia if they show two or more of the following symptoms for a significant portion of a month:

According to the American Psychological Association (APA), schizophrenia affects about one in a hundred Americans. Although there is no single cause of schizophrenia, some experts believe genetic and environmental factors can play a role.

While the disorder can be debilitating, it is essential to remember that schizophrenia is treatable. With treatment, many people with schizophrenia can lead productive and fulfilling lives.

The treatment goals are to reduce symptoms and improve functioning. Treatment typically begins with medication to control symptoms. Once the person’s symptoms are under control, they can begin therapy to address the underlying issues that contribute to their illness. Family and friends play an important role in schizophrenia treatment by providing support.

Symptoms of schizotypal personality disorder can include:

The above symptoms tend to cause individuals with schizotypal personality disorder to be described as odd and eccentric.

The symptoms of schizotypal personality disorder can interfere with everyday life, making it difficult to work or go to school. Symptoms can also make it hard to form and maintain close relationships. Some people with the disorder may turn to alcohol or drugs to try to cope with their symptoms.

Alcohol and drug use make symptoms worse over time and can lead to addiction. If you have schizotypal personality disorder and you are abusing alcohol or drugs, it is important to get help from a treatment program that specializes in treating both disorders.

People with schizotypal personality disorder often avoid initiating treatment for their specific condition but they do seek treatment for their depressive symptoms. While antipsychotic medications may help some individuals, therapy is generally preferable.

Because the core characteristics of this disorder are fixed, psychotherapy is often focused on helping individuals establish a satisfying existence. Talk therapy and family therapy are two types of treatment that may help schizotypal patients manage their disorders.

Residential Treatment at the Phoenix

As similar as they may seem, you’ll find that there are a lot of differences when comparing schizotypal personality disorder and schizophrenia. The main difference between the two is that schizotypal is a personality disorder while schizophrenia is a psychotic disorder. Personality disorders involve unhealthy thought and behavioral patterns that impact everyday life, while psychotic disorders are characterized by psychosis, which may result from schizophrenia, a health condition, medications, or drug use. Treatment for the two conditions typically involves medication, talk therapy, and cognitive-behavioral therapy. While the treatments for both are similar, there are some key differences. In many cases, individuals with schizophrenia require residential treatment to stabilize their condition.

If you or someone you love is exhibiting signs of a thought or personality disorder, contact The Phoenix Recovery Center today. You are not alone and help is available. Call us at (801) 438-3185. 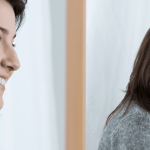 What Is “High-Functioning Depression” and Why Does It Matter?Blog, Mental Health 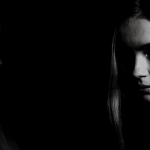