Jon’s wife, Michelle, (not their real names) was fed up. After years of pleading with him to stop smoking marijuana, he refused to quit. He told her; “Marijuana is now legalized in some states and everyone knows that smoking pot is not addictive.” Jon said that a little pot everyday helped him relax just like a glass of wine after dinner so why was Michelle so hung up on it. Her reply was that their daughter was now three and she did not want her to grow up to become a ‘pot head.’ Jon maintained that he did not have a problem and told Michelle to ‘get off his back.’

This kind of discussion is going on in homes around the country. Since marijuana has become legalized in some states, people want to know; “Is marijuana now okay?” In answering that question, here are some points to consider:

Everyone should consider these factors in deciding if using marijuana will have an adverse impact on themselves and their families. The use of any brain-altering substance, including marijuana, carries risks and unintended consequences.

By contrast, individuals who choose not to use marijuana alleviate these hazards. They gain a number of health benefits. Generally speaking, they accomplish more, gain higher levels of educations, live more productive lives, and enjoy richer relationships. It goes without saying that there are no hazards if someone decides not to use marijuana and there are a number of advantages.

The decision is left to every adult to make informed choices. For example, Jon read an article which said that parents who used drugs strongly influence their children’s future use of drugs or alcohol. Somehow, the thought of his daughter smoking marijuana was so repulsive to him that he decided to quit. However, Jon was surprised to discover that he could not stop. Even when he substituted a glass of wine at dinner, he still craved his pot.

Seeing a mental health counselor who was skilled in addictions as well as chronic distress, Jon learned that his marijuana use which started at age 14 had been caused by earlier unresolved problems. Jon’s efforts in counseling paid off. It wasn’t long before his cravings subsided. He noticed that he performed at work and he loved his new life with his wife and daughter.

© Copyright 2022 The Phoenix Recovery Center, LLC.
What is the Phoenix Difference?Blog 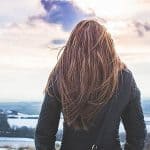 10 Warning Signs Your Child Has an AddictionBlog