According to the Centers for Disease Control and Prevention (CDC), roughly 21% of Americans between the ages of 18 to 44 struggle with some form of mental health issue, and of that 21%, roughly 30% of them receive treatment. Within those numbers, 1.6% of people have borderline personality disorder (BPD), many of whom also lack the proper treatment.

Failing to properly treat a mental health issue like borderline personality disorder can have tragic and disastrous consequences. These consequences include, but are not limited to, the loss of interpersonal relationships, divorce, an inability to maintain steady employment, self-harm, and alcohol or substance misuse or abuse.

However, these negative outcomes do not have to be a certainty. Many evidence-based treatments can help to mitigate and manage the symptoms of BPD, so those struggling can go on to live unimpeded and healthy lives.

While not the most common mental health disorder, borderline personality disorder currently affects over 5 million people in the U.S. alone. This a statistic that we here at The Phoenix Recover Center do not take lightly.

The U.S. Department of Health and Human Services best distills down the basics of BPD. They define “Borderline personality disorder (BPD) [as] a mental health condition in which a person has long-term patterns of unstable or turbulent emotions. These inner experiences often result in impulsive actions and chaotic relationships with other people.”

These symptoms of impulsivity often lead to significant negative outcomes. However, these are also not the only symptoms that do so.

Numerous symptoms can be associated with borderline personality disorder. If you suspect that you, or someone you know, is s struggling with BPD, these are some of the symptoms to look for:

Understanding the Negative Effects of Those Symptoms

The symptoms of borderline personality disorder are not to be viewed simply as descriptions in a psychology text. For those with BPD, they are very real, and they have very real-world consequences.

Let us look at the negative BPD outcomes from three angles:

Due to its impulsive nature, those with BPD have a hard time maintaining healthy relationships. This is because people with BPD often view situations in “the extreme.” There is no grey area; rather, things are seen as black and white, either all good or all bad. This can cause them to view a person one way one day and then entirely different the next. So, you can see how this can lead to spousal, familial, and occupational relationships going awry.

On the occupational aspect, BPD can have disastrous effects, which should come as no surprise. When the mind is so preoccupied with BPD struggles, it can be hard to concentrate on anything else, not least of which is being successful at work. Incidents that include volatile outbursts, dissociation, and depressive states can lead to occupational reprimands and, ultimately, termination.

One of the symptoms of BPD is the willingness to engage in risky behaviors. These risky behaviors can soon spiral out of control and potentially lead to comorbidities like sex and gambling addictions, as well as alcohol and substance abuse disorders. These comorbidities can exacerbate all of the other negative outcomes that are associated with BPD, not to mention they can be extremely harmful, even deadly.

The Treatment Potential and Options for Those With Borderline Personality Disorder

The good news is that borderline personality disorder can be effectively treated. While there is no “one and done” cure, there are ways in which struggling with BPD does not have to be the primary factor that determines how someone lives their life.

The most evidence-based treatment modalities for BPD lie in the pharmacological and psychotherapeutic. This includes medicines such as mood stabilizers and anti-depressants, as well as behavioral, talk, and group therapies.

Here at The Phoenix Recovery Center, we pride ourselves on being one of the premier treatment centers in Utah. We have a state-of-the-art facility, top-of-the-line medical staff, and therapeutic resources to help those struggling with BPD recover.

Unlike many other treatment centers, we don’t see our clients as a statistic that need a “quick fix.” We see a real person struggling with something beyond their control that deserves to get well and stay well. There is no reason to struggle any longer; we can help. Call The Phoenix Recovery Center at (801) 438-3185 for more information. 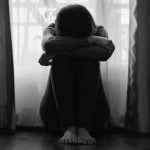 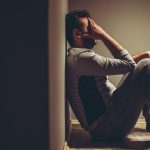 Physical Symptoms of DepressionBlog, Mental Health
We use cookies to ensure that we give you the best experience on our website. If you continue to use this site we will assume that you are happy with it.Ok