It’s fairly common knowledge that alcohol abuse and alcoholism is a problem in the United States. Alcohol is a dangerous drug not only for the individual, but is also a factor in a huge percentage of felonies, rape cases, child beating cases, wife battering cases, stabbings and homicides. Read on for some of the most startling alcoholism and alcohol abuse statistics and remember that alcohol rehab can help if you or a loved one are struggling with this problem.

1. Despite the focus on illegal drugs of abuse such as cocaine, and heroin, alcohol abuse remains the number-one drug problem in the United States.

Though it’s not certain why this may be the case, there are a number of reasons why this particular fact may be true. Alcohol is probably one of the easiest drugs to get since it is legal and no prescription is required, unlike most drugs that are abused. Because it is legal, people may have a more lax attitude about it and not seriously consider the damage it can do to individuals, families and communities.

2. Nearly 17 million adults in the U.S. are dependent on alcohol or have other alcohol-related problems.

According to the 2014 census, the United States has a population of roughly 318 million people. 17 million is almost 5.5% of the entire population; that’s a huge number, considering about 231 million people are of legal drinking age, making 17 million 7.5% of adults that are addicted to alcohol or have another alcohol-related problem. Therefore, about 1 in 13 legal-aged adults in the United States is an alcoholic and 1 in 20 people, of legal age or not, is an alcoholic. Those numbers are altogether too high.

3. Alcohol is responsible for one in every 10 deaths of Americans aged 20 to 64.

If you’re like most people, this should shock you. But when you consider all the ways that alcohol is destructive, the numbers start to make a little more sense. From alcohol poisoning, to drunk driving, to liver disease and all the other ways alcohol can kill, this drug is decidedly dangerous. If you think that you or someone you know has a problem with alcohol, it’s never too early to look into alcohol rehab centers utah—or anywhere across the nation, for that matter.

Withdrawal from any addictive drug is incredibly uncomfortable, sometimes debilitating or even deadly, and this is especially true for withdrawal from alcohol. According to WebMD, alcohol withdrawal can occur in people who have been drinking heavily for even as little as several weeks. Withdrawal symptoms can begin as early as two hours after the last drink and can last for weeks, ranging from anxiety and shakiness to seizures and delirium tremens, which is characterized by confusion, rapid heartbeat and fever. The longer someone has been drinking, the more damage to the brain there is and the greater risk there is of fatal results from withdrawal.

Drinking alcohol is a very social activity and the more education and income one has, the wider their circles of influence and the more opportunities they have to drink. People with higher education and income typically live in cities and more populous areas, where bars and partying scenes are more prevalent. College is a training ground for alcoholism; those who never go to college typically won’t have as high an income as those who do.

It’s time to do something about alcoholism in the United States. Change begins with recognizing the symptoms of alcohol abuse and alcoholism, which include but is not limited to the following:

failure to fulfill obligations at work, home, or school
recurring DUIs
legal problems
continued use despite detriment to relationships
tolerance
withdrawal symptoms
inability to cut down or stop

If you see these issues in yourself or in someone else, reach out and get help. One more life cut short by alcoholism is one life too many. 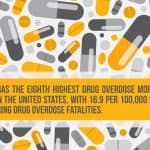 Getting High in the Beehive StateBlog 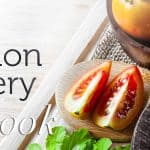